Mohammed’s dream was always to become an Oncologist, and he spent 4 years at a Syrian university in pursuit of this goal.  Unfortunately, the peaceful demonstrations in support of human rights he participated in quickly escalated, and in August of 2013 he was arrested and jailed for 120 days under torturous conditions.

When he was finally released in January of 2014, he had to accept that dealing with the unknown would be better than fearing for his safety every day.  It was at this point that he made the difficult decision to leave his mother and younger siblings behind in Syria, and move to Lebanon.  There he lived a very humble existence washing cars 12 hours a day for the equivalent of $20/day.

It was in Lebanon that he applied to the United Nations High Commission for Refugees, and it was there that he learned that he had been accepted by Canada.  This is why when we asked Mohammed why he picked Canada, he responded “I didn’t, Canada picked me!”

Upon his arrival in Canada, it quickly became apparent to Mohammed that picking up where he left off his university studies was not an option.  If he wanted to continue to pursue his dream of becoming a doctor he would have to start from scratch, and this was not something he was able to do.  During a meeting with his Skills Connect counsellor, he learned that the Health Care Assistant Program at Drake Medox College could be a great stepping stone to an alternate career in Nursing.

Shortly after meeting with an Admission Advisor, he made the decision to enrol and began his journey towards a new career in healthcare in Canada.  After 6 short months he graduated with his diploma as a Heath Care Assistant!  Mohammed says he would strongly encourage other new immigrants to consider this program as a stepping stone to nursing, or as a long term career as the work of HCAs is very rewarding and pays well.  “Drake Medox College provided me with all the support I needed every step of the way,” said Mohammed.

Mohammed has a list of dreams for his future, but at this time is focused on assisting other Syrian refugees to integrate into Canada through his work with Immigrant Services Society of BC.  At the very top of his list is being reunited with his own family.  He was thrilled to report that in December he was successful in raising $32,000 to sponsor his mom and 3 younger siblings to come to Canada.  He eagerly awaits their arrival, which is anticipated sometime this summer!

If there was one thing Mohammed wants everyone to understand about Syrians it would be that they have a lot in common with those of us that already live in Canada.  “Syria is a like a small Canada in the Middle East, full of diversity with different religions and ethnicities living together” he says.

Once they deal with the initial challenges of housing and employment, he has no doubt that those yet to arrive will integrate just a quickly and comfortably as he did, and start to make positive contributions to Canada.

Keep making the world a better place Mohammed. Your friends at Drake Medox College are very proud of you for all that you have accomplished so far!!

Click here to learn how you can help Syrian Refugees arriving to BC.

Please complete our form below to get more information by email:

“We highly regard Community Support Work related schooling/credentials when making hiring decisions. The schooling indicates to us that applicants have some systematic training in the field and are passionate about quality care; this means they are likely to be high performers and stay longer because they fully understand what the job involves. Retention is a huge consideration, those that are likely to stay longer will always be highly sought after as it takes time to build working relationships and relationships with person served.”

“Thank you Drake Medox College for assisting us in our hiring. We gained 5 staff from our posting and hope to gain more. Again our gratitude for producing high caliber members of the health care industry.”

“Please find attached the attendance and evaluations for all of the students who completed their practicum with us from February 8th – 15th. It was great to speak with their buddies because they all had such positive feedback, and really enjoyed working with the students. We really enjoy having the students here, and we look forward to working with you more in the future!”

Thanks to Drake Medox College and their Biggest Contest Ever promotion I was able to go with my family to Spain and France for 3 weeks! This was a great opportunity for us to visit our relatives and friends back home and do some traveling as well. I recommend Drake Medox College to others as not only do you learn so much from their teaching staff and training provided but also make new friends as well. 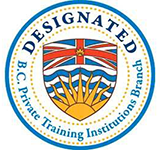 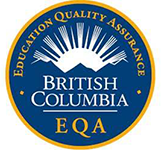